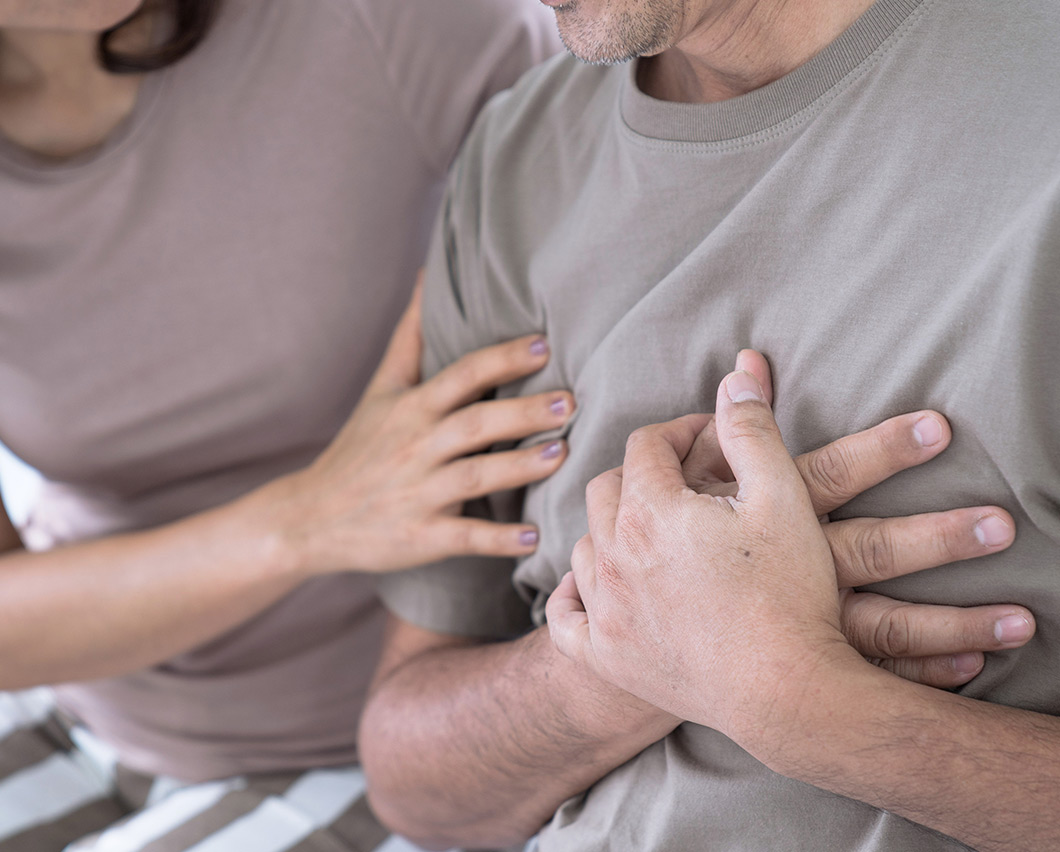 Clopidogrel is a drug used worldwide as an antiplatelet agent in the treatment and prevention of atherothrombotic events. Being a prodrug, clopidogrel needs hepatic bioactivation into an active form (Clo-AM) in order to inhibit platelet aggregation.

If not properly metabolized, clopidogrel may cause severe adverse cardiovascular effects due to non-optimal drug dose.

CYP2C19 is an important hepatic drug-metabolizing enzyme and is responsible for the metabolic activation of clopidogrel. Considering the pharmacogenetics of clopidogrel, genetic variants in CYP2C19 are known to impair the metabolism of this drug. Loss-of-function polymorphisms affect platelet inhibition by decreasing Clop-Am levels, resulting in an increased risk of recurrence of major adverse cardiovascular events.

By evaluating CYP2C19  genetic variants it is possible to:

The genetic test evaluates 3 genetic variants in the CYP2C19 gene (9 haplotypes ) that are associated with clopidogrel’s pharmacokinetics. The polymorphisms can either increase (gain-of-function alleles) or decrease (loss-of-function alleles) the catalytic activity of CYP2C19 enzyme resulting in phenotypes that affect clopidogrel metabolism and consequent platelet inhibition.

Cytochrome P450, Family 2, Subfamily C, Polypeptide 19, is a member of the cytochrome P450 superfamily with a significant action in clopidogrel metabolism

Genetic testing is recommended by several renowned international organizations, such as the Food and Drug Administration (FDA) and the Clinical Pharmacogenetics Implementation Consortium (CPIC)

The FDA warns that patients who do not efficiently metabolize clopidogrel are at increased cardiovascular risk and therefore indicate that, when possible, the presence of non-functional CYP2C19 alleles should be tested. In these cases, it recommends that healthcare professionals consider the use of other antiplatelet drugs.

The Clinical Pharmacogenetics Implementation Consortium (CPIC) that develops peer-reviewed gene-drug guidelines based on new developments in the field, has established several recommendations on alternative antiplatelet therapy based on CYP2C19 genotype.

This website uses cookies to improve your experience while you navigate through the website. Out of these, the cookies that are categorized as necessary are stored on your browser as they are essential for the working of basic functionalities of the website. We also use third-party cookies that help us analyze and understand how you use this website. These cookies will be stored in your browser only with your consent. You also have the option to opt-out of these cookies. But opting out of some of these cookies may affect your browsing experience.
Necessary Always Enabled
Necessary cookies are absolutely essential for the website to function properly. This category only includes cookies that ensures basic functionalities and security features of the website. These cookies do not store any personal information.
Non-necessary
Any cookies that may not be particularly necessary for the website to function and is used specifically to collect user personal data via analytics, ads, other embedded contents are termed as non-necessary cookies. It is mandatory to procure user consent prior to running these cookies on your website.
SAVE & ACCEPT